Ways Technology Could Save Endangered Species

Although when we think about technology the first thing that comes to mind is a smartphone, an incredibly fast computer or even a drone flying over our heads bringing us a package, technological advance has also improved the lives of animals in many ways and is helping to rescue endangered species.

The example of Cambodia is one of them. This Asian country is home to 16 globally endangered species, such as the Asian elephant, tigers or leopards, many threatened by poaching. Conservationists are working precisely with a Harvard University computer scientist to stop this poaching that is bringing so many species to the brink of extinction.

This is just one of a growing number of collaborations bringing together technologists and conservationists to fight to protect wildlife on the face of the planet.

And when it comes to protecting animals from poachers, habitat loss, pollution and climate change, the challenge is enormous. However, environmental researchers hope that technologies such as artificial intelligence (AI), drones, GPS trackers, smart cameras and the cloud can give them the advantage they have been looking for.

SMART (Spatial Monitoring and Reporting Tool) is a software developed by WWF, the Wildlife Conservation Society and the London and Frankfurt Zoo. This tool was created specifically to protect animals such as elephants, rhinos, snow leopards, and dolphins. It is currently used in more than 2,000 locations around the world to track animal populations. Thanks to SMART, it is possible to collect, analyze and send data on animals, prohibited activities and protection groups, allowing rangers to respond more efficiently to animals in distress and protect the wildlife that lives in vast areas of land.

GPS tracking was one of the first technologies to help researchers monitor and study endangered species. And it still is. With a GPS tracker, scientists can view the location data in real-time, retrieve the tracker, and download the data. For example, the Canadian Wildlife Federation used GPS technology to track leatherback turtles or radio telemetry to track bats.

Internet of things is an important tool to save other types of things. In addition, we cannot forget that two-thirds of rhinos are endangered due to poaching that kills them and takes their horns due to their alleged medicinal properties. The Internet of Things helps keepers to protect these animals but in a very creative way. Instead of paying attention to the rhinos themselves individually, herd animals such as zebras and impalas are monitored. There are many in the reserve and poachers rarely do anything to them.

By Observing the activities of these animals, the defence team can determine if there is a human threat to the reserve. And it is that the animals of the herd tend to group when faced with a lion or another large predator but, when faced with a human, they do not gather, they disperse. This outlier behaviour alerts rangers that someone is in the reserve who shouldn’t be there, and they can quickly dispatch anti-poaching teams to prevent invaders from reaching their target.

Similarly, scientists around the world use a small database to protect endangered species. This study library allows members to access more relevant data systems, thanks to the partnership between the University of Sydney and Amazon Web Services (AWS). the software helps narrow down the work of scientists and allows them to analyze large amounts of data in minutes, not hours, wherever they are in the world.

In the long term, researchers want to share more information about this genome. “The ultimate goal is to set up a comprehensive library of genomics and tools that other researchers and conservation leaders can find to make scientific decisions, ‘said Carolyn Hogg, general manager. According to the United Nations Environment Program, the Earth is in the middle of a crisis, with 150 to 200 species of plants, insects, birds and mammals going extinct every 24 hours. Biologists say it is 1,000 times the rate that is considered natural extinction. And according to a 2019 UN report, about 1 million animal and plant species are endangered, many of which will disappear in decades. 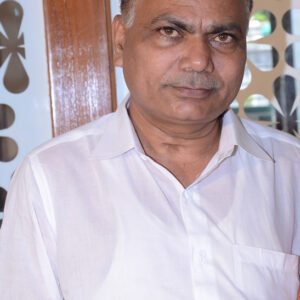 Sudhakar Boche is a freelance content writer for Techsplashers. He is interested in a wide range of fields, from education and online marketing to personal entrepreneurship. He is used to handling many writing orders at the same time and understands the importance of writing clearly and concisely.

4 Advantages Of Having A Digital Twin 

Should I Use FSR Or DLSS Technology In Ray Traced Games?

Why Computer Science Is So Popular in 2022

4 Advantages Of Having A Digital Twin 

The Positive Side Of Disruption: Keys And Advantages 

Why Doesn’t Apple Have A Mechanical Keyboard Yet?