New generation Intel Alder Lake processors will debut, among many other things, the new generation of RAM, DDR5. As a leading manufacturer in this field, CORSAIR could not help but have its DDR5 RAMs ready in advance. From the outset, they have launched two different variants, the Dominator Platinum RGB DDR5 and the Vengeance DDR5, both ready for the new generation of Intel processors.

Considering the shortage of chips that the hardware market has been experiencing for months, the fact that CORSAIR has been able to launch not one but two variants of its first DDR5 RAMs is not surprising, one destined for the range high and one for the mid-range so that users have a choice to provide RAM to their new Intel platform. Obviously, and although these RAMs are designed for Intel’s next-generation Z690 chipsets, they will also be compatible with the following platforms, both Intel and AMD, that launch with DDR5 compatibility. Let’s see them. 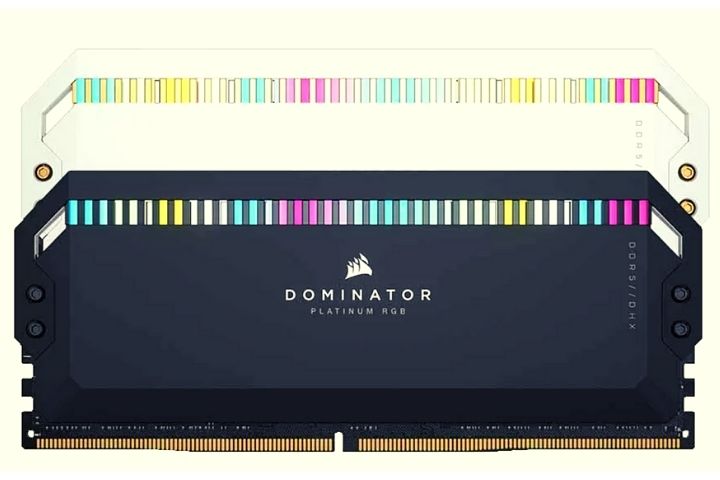 There is no shortage of top quality models in this new generation of CORSAIR RAM, Dominator Platinum RGB, featured in the image above, similar to the popularity of the previous generation DDR4.

CORSAIR repeats the same DHX Cooling heatsink from the previous generation, with an aluminum heatsink (available in both matte black and glossy white) that guarantees optimal operating temperature for both the chips and the memory controller and voltage. And it is that one of the novelties of this new generation is that now the voltage controller is incorporated in each individual module, instead of being in the motherboard.

The fact of integrating the voltage control on the RAM memory PCB itself has many advantages; DDR5 uses a lower voltage than DDR4, so it is more energy efficient speaking, and that each module is able to control its voltage individually allows a much finer adjustment that translates into greater stability, especially at high speeds. and / or when overclocked. At the same time, efficiency is increased because only the necessary voltage will be used and not a bit more, which in turn reduces the temperature by wasted energy. 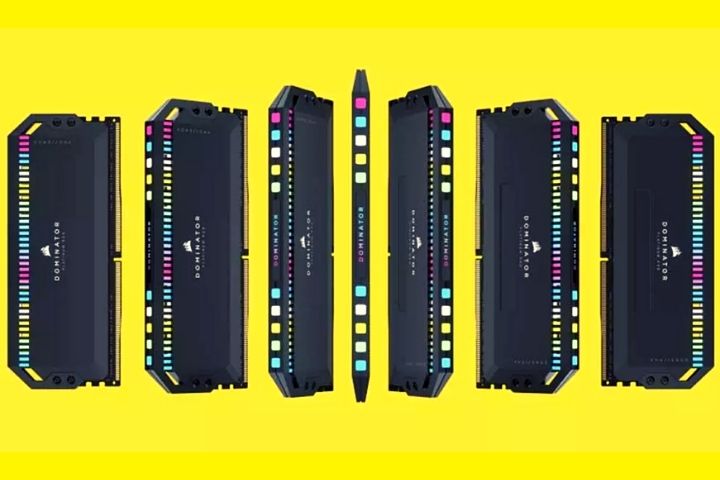 Of course, these CORSAIR RAMs incorporate their patented lighting system that uses 12 Capellix RGB LEDs , lighting that incorporates arrays of smaller LEDs that allow much greater customization than normal LEDs and that generate a higher maximum brightness, allowing create a much richer and more impressive lighting ecosystem, with effects that would be impossible to create with conventional RGB lighting.

These memories also incorporate the new Intel XMP 3.0 profile , which allows up to 5 profiles to be stored in the memory itself: three are pre-configured at the factory, but two of them are editable and, in addition, they can be configured and saved without having to go around fiddling with the BIOS since the manufacturer has announced that in a next update of iCUE we will be able to modify these profiles from the software directly.

Finally, we must highlight that CORSAIR offers these Dominator Platinum RGB DDR5 RAM memories in the following variants (you will realize that there is not much to choose from, and in fact there are two different SKUs but with the same characteristics that we do not know what their difference will be ( DRAM chips probably due to their low availability, since potentially CORSAIR will have had to resort to different providers)): 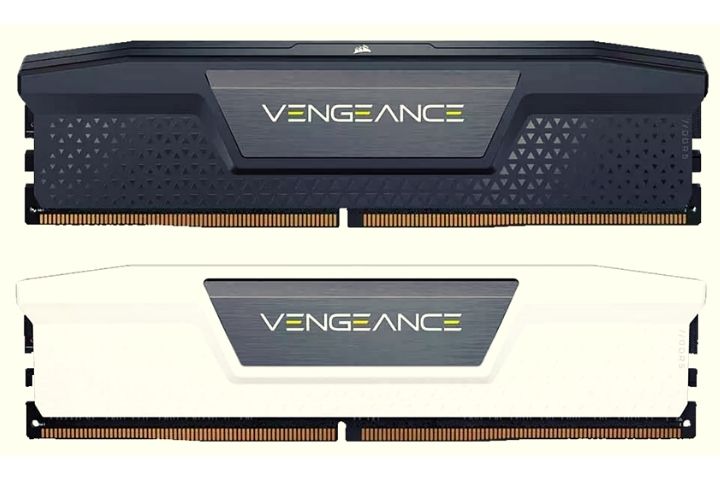 Not everyone needs, wants or can afford a top-of-the-range RAM memory kit such as the Dominator Platinum RGB we’ve seen before, so CORSAIR has also launched the first DDR5 memories of the Vengeance family , some more RAM simple and with a medium rather high profile heatsink that lack in this case any type of lighting, an option that we consider excellent since after all, not everyone wants their PC to light up.

Thus, with a very elegant and sober design, these CORSAIR Vengeance DDR5s are available with a simple medium-size aluminum heatsink (and curiously here CORSAIR does not mention the DHX Cooling technology that guarantees coverage of both the chips and the IC) available both in black and white, because even if they do not have lighting, you can adapt the aesthetics of your memory to that of the rest of the PC.

Otherwise, they have quite similar characteristics, although more limited, to the Dominator Platinum RGB, with the integrated XMP 3.0 profile, voltage control integrated into the PCB of each individual module, and the possibility of configuring its parameters directly from the software. iCUE, including the two built-in XMP profiles.

In this case, the CORSAIR Vengeance DDR5 RAM is available in the following memory kits, with a greater variety of speeds and capacities than the previous one but again with only one of the kits in white:

CORSAIR has indicated that this new generation of DDR5 RAM is already available since October 27, 2021, but as you may have already noticed, for the moment they are not listed in the catalogs of the main online stores. In addition, the manufacturer has not announced its official price and since they still do not appear in the manufacturer’s online store or in any other store, it is a piece of information that we cannot know (we will update these lines as soon as we see that they already have availability real in stores).